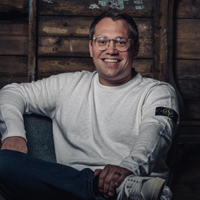 “The EU Beating Cancer Plan will be key when it comes to eliminating inequalities for cancer patients within the EU.”

Tiemo Wölken is a young politician from northern Germany. He has been active in local politics since 2003 in his home region and holds a LL.M. in International Law from the University of Hull, England. Since 2016, he is a lawyer in addition to being a Member of the European Parliament.

Tiemo is the S&D Coordinator in the Committee on legal affairs, a Member of the Committee on Environment, Public Health and Food Safety and a Substitute Member in the Special Committee on Beating Cancer. In addition, he is the health spokesperson of the German S&D Delegation, Chair of the “Let’s Talk Prostate Cancer” Group, Vice Chair of the MEP AMR Interest Group and Co-Chair of the MEP working group on innovation, access to medicines and poverty-related diseases.

Tiemo’s areas of expertise are environmental issues, healthcare, legal affairs, and all things digital – from eHealth to tackling geoblocking. 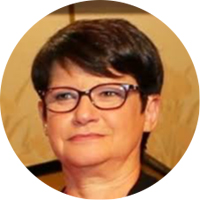 “What we do not understand, we cannot address effectively.”

She qualified in medicine at the Université Paris Diderot and received certification for specialized training in hematology in 1983. She obtained her PhD in 1989. Dr. Chomienne has served on many scientific and clinical committees in France and Europe on leukaemia, immunology, oncology, and stem cell research. She was head of the Cell Biology Department at the Hôpital Saint Louis, Paris, and director of the University Inserm Research Laboratory at the Institut Universitaire d’Hématologie for the last 25 years.

She is committed to education nationally and coordinator of different courses and masters at the University Paris Diderot. She established the Institute of PhD Schools at this university (23 PhDs in all disciplines) and coordinated the ITN Marie Curie FP7 on cancer stem cells. She has recently been involved in communication, education on personalised medicine, and patient/parent participation in cancer research. 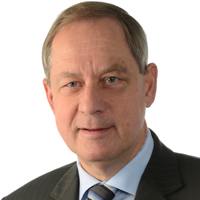 “The latest studies show we can save thousands of lives and drastically improve the quality of life of prostate cancer patients.”

Born in Maaseik, Belgium, on 5 September 1949, Mr. André Deschamps took several management positions in manufacturing companies (mainly in automotive components) in Europe and the United States after his studies in chemical engineering and for an MBA. As an experienced manager, he is driven by the quality of work and the right balance between economic and human factors.

Together with his wife Lut, Deschamps was the owner of a consultancy company specialised in sustainable manufacturing and Chain of Custody certifications, until his retirement in 2014. More than 1500 companies made use of their expertise.

At the age of 51, Deschamps was diagnosed with prostate cancer and had a radical prostatectomy. From then on, he developed an interest in the way cancer patients are treated by the medical staff, in the quality of life of patients and in prostate cancer treatments.

Deschamps has been married with Lut since 1973. He’s the father of two kids and a six-time grandfather. 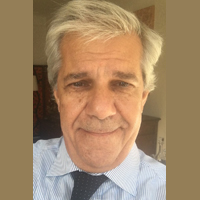 “The EU is serious about fighting cancer. And it has a plan to do so! Uniting our efforts under Europe’s Beating Cancer Plan, generous funding will be provided through the Horizon Europe and the Health4EU programmes. The goal? To save lives, to gain a better understanding of cancer, to improve and ensure equal access to prevention, diagnosis and treatment, and to support the quality of life of all people exposed to cancer. And cancer screening will be crucial to get early detection and treatment; this is a precondition for saving lives.”

Dr. Paolo Guglielmetti is principal administrator in the Europe’s Beating Cancer Plan Taskforce of the European Commission Public Health Directorate. Before joining the Taskforce, he worked on cancer and mental health in the same Directorate, and most recently was team leader in the Heath Threats Unit, dealing with response coordination of serious cross-border threats to health.  Prior to joining the European Commission in 2002, Dr. Guglielmetti was based at the Siena University School of Medicine, dealing with paediatric infectious diseases and tropical diseases, and he served under the Italian Ministry of Health, the Foreign Office, the WHO, and other UN agencies in a number of missions to respond to international crisis and emergencies. 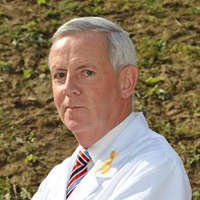 Prof. Hendrik Van Poppel, MD, PhD, graduated in General Surgery in 1980 and in Urology in 1983, joined the Academic Unit at KU Leuven in Belgium in 1985 after his postgraduate training in London, Barcelona, Copenhagen, Mainz and Rotterdam. In 1988, he obtained a PhD in Medical Sciences. He became a fellow at the European Board of Urology (FEBU) in 1992, full professor of urology in 1993, and chair of the Department of Urology in Leuven in 2002. For eight years, he had been the director of the European School of Urology (ESU), before becoming EAU Adjunct Secretary General, responsible for Education, in 2012.

Throughout his career, Prof. Van Poppel has received many prestigious awards, such as the Folke Edsmyr Award for outstanding contribution to the progress of cancer research in urology, the Distinguished Career Award of the Société Internationale d’Urologie (SIU), and the Frans Debruyne Lifetime Achievement Award of the EAU in 2020. In recent years, during his mandate as Adjunct Secretary General of the EAU, he set up new EAU offices for patient affairs and for European politics. 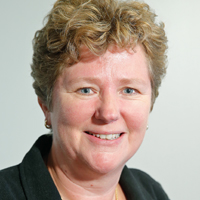 “It is 2020: Time to act on the much improved prostate cancer screening harm/benefit ratio”

Prof. Monique Roobol is professor Decision Making in Urology and the head of the scientific research office within the Department of Urology at the Erasmus Medical Centre Rotterdam, The Netherlands. She has a master and a PhD degree in epidemiology.

She has completely dedicated the past twenty years to research on early detection of prostate cancer. Next to her significant contribution to the European Randomized study of Screening for Prostate Cancer (ERSPC), she co-developed the Rotterdam Prostate Cancer Risk Calculator, a multi-step risk analysis tool to guide laymen and physicians in decision making at diagnosis, and the PRIAS (Prostate cancer Research International Active Surveillance), a study on active surveillance.

The scientific research office at the Erasmus Medical Centre performs and supports several clinical and population-based screening studies. On average, five PhD students work under Prof. Roobol’s guidance. She is currently the principal investigator (PI) of ERSPC and co-PI of PRIAS and the Movember Global Action Plan-3 (on active surveillance). Since 2018, she has been part of the PIONEER European network for big data in prostate cancer.

Prof. Roobol’s research has been awarded with several prizes, such as the bi-annual Van Stockum Prize for best thesis from the Dutch Urological Association, the EAU Prize for the Best Paper published on Clinical Research (in 2010), the European Urology Platinum Award (2011 and 2018), and the BJUI Best Urological Mobile Application Award (2015). 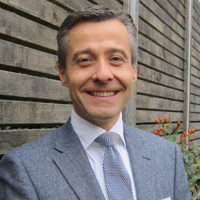 Dr. Gregor Thörmer obtained his PhD in Medical Physics at the Universität Leipzig in Germany in 2012. In the same year, he started working for Siemens Healthineers. After a position as a magnetic resonance application specialist and in clinical marketing, he has been the head of Oncology Predevelopment (MRI) at Siemens Healthineers since August 2020.

At EPAD20, Dr. Thörmer will be speaking on behalf of COCIR: the European Trade Association representing the medical imaging, radiotherapy, health ICT, and electromedical industries.

This website uses cookies to improve your experience while you navigate through the website. Out of these cookies, the cookies that are categorized as necessary are stored on your browser as they are essential for the working of basic functionalities of the website. We also use third-party cookies that help us analyze and understand how you use this website. These cookies will be stored in your browser only with your consent. You also have the option to opt-out of these cookies. But opting out of some of these cookies may have an effect on your browsing experience.
Necessary Always Enabled
Necessary cookies are absolutely essential for the website to function properly. This category only includes cookies that ensures basic functionalities and security features of the website. These cookies do not store any personal information.
Non-necessary
Any cookies that may not be particularly necessary for the website to function and is used specifically to collect user personal data via analytics, ads, other embedded contents are termed as non-necessary cookies. It is mandatory to procure user consent prior to running these cookies on your website.
SAVE & ACCEPT